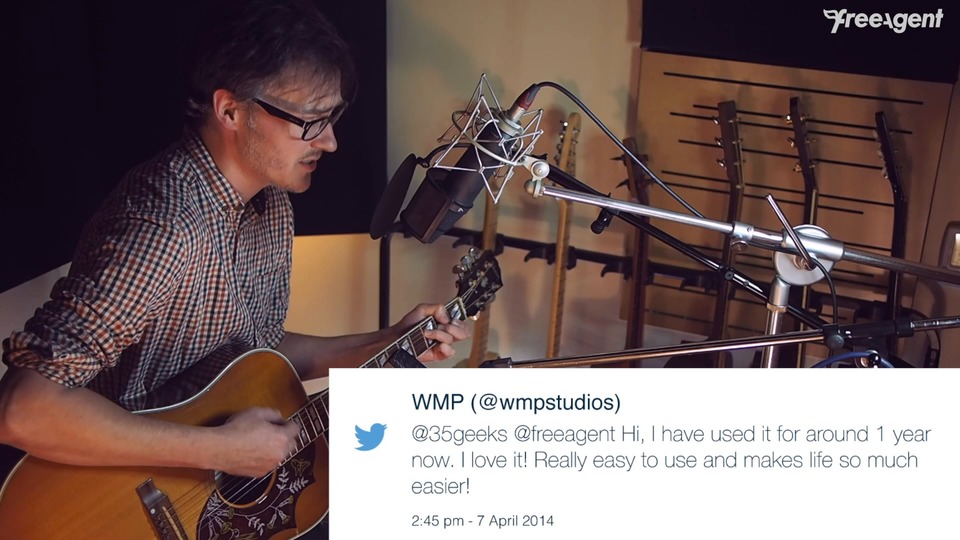 Can accounting software be life-changing?

For some, the answer is a resounding yes. FreeAgent is a multi-award winning online accounting system specifically for freelancers and micro businesses, and some of their 40,000 customers feel quite passionate about how much easier it’s made doing business for them. So passionate that they’re often quick to share the love on social media:

Six years a user now, and I still love @freeagent!

@freeagent I’ve already told you I love you but it’s worth saying again. Just filed and you’ve made the whole process so amazingly easy ;)

@freeagent If I was a dog I’d hump your leg. (I mean that in totally professional way.) — Heather Burns (@idea15webdesign) December 4, 2013

Tweets like these sparked the imaginations of the FreeAgent Comms department, and an idea was born. They would share the love back by writing and performing personalised love songs to anyone who tweeted them something lovely and kind over the past year. On Valentine’s Day*, FreeAgent tweeted each person back with a link to their surprise song on YouTube. They also created a hub page so that all of the songs could easily be viewed in one place. Every song was a personal “thank you” for sharing the FreeAgent love, and included their original tweet. To make sure that none of their other loyal customers felt that they weren’t loved too, FreeAgent kept the momentum going by taking requests on Twitter throughout the day. They even took the bold step of allowing requests to suggest topics or song styles. In the end, FreeAgent recorded 37 songs – 28 beforehand and nine throughout the day.

Highlighting that ‘customer love’ in a campaign did a number of things:

And it also generated a lot of positive and tangible results, including:

The lovely @freeagent wrote me a song :) freeagent.com

And that, really, is what it’s all about. FreeAgent plans to randomly surprise customers throughout the rest of the year with lovesongs, just because.

Have a look for yourself at http://www.freeagent.com/l/thanks. 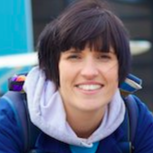 Lisa Robb is Head of Customer Communications at FreeAgent, a multi-award winning cloud accounting system designed to meet the needs of freelancers, micro businesses and their accountants.